The Slants at the Supreme Court: Exclusive Band Interview

You can learn more about band's journey to the Supreme Court in this Vice News segment.

On January 18, 2017, the Supreme Court of the United States heard oral arguments for Lee v. Tam, a case centering on whether the Asian American rock band The Slants can register its name as a trademark. It all started when the U.S. Patent and Trademark Office (USPTO) refused to register the mark “The Slants” because it may be disparaging toward Asians, despite the fact that The Slants have been purposefully using their name to reclaim the racial slur and thereby empower the Asian American community. Now, the issue for the Supreme Court to decide is whether the disparagement clause of the Lanham Act is unconstitutional under the Free Speech Clause of the First Amendment.

The Slants were gracious enough to grant Res Nova Law an exclusive interview with the entire band. We asked the Portland rock stars and activists for some reflections on the Supreme Court's reaction to their case, how they're hoping the case will impact others, and what causes they're going to focus on next.

Q: Were you surprised by any of the comments that the Justices made during oral arguments? If so, which one(s) stuck with you the most?

JOE: I loved Justice Ginsburg's question about if the band was named "Slants Are Superior," would the USPTO still have a problem with it. It's basically our lawyer's opening line (well, ours was "Proud Asians") so it was kind of a spoiler, but it was absolutely the perfect arguing point. And it was pretty amazing to see someone as revered as Ruth Bader Ginsburg at work.

YUYA: The one that stuck with me the most was when Justice Ginsberg said, "does it not count at all that everyone knows that The Slants is using this term not at all to disparage, but simply to describe?" The word "Slant" in and of itself is not a racial slur. I can say with 100% confidence that I've never been called a "Slant." I've been called many other colorful things, but never just "Slant." We are not using our name to disparage, we're trying to reclaim racial slurs and use them as a badge of pride.

KEN: Justice Breyer asked a legitimate question, "And what business does Congress have picking out this one, but letting all the other distractions exist?" I see that as a question I hear a bunch, "How can this band or this group have that name and you guys can't have yours?" Or..."Who is bothered by this?" That's just how I see it but there were so many good hypothetical questions from the Justices during the hearing!

SIMON: The only thing that really surprised me was that none of the Justices thought deeply about the impact about the denial of a registration, especially if it was based on a false accusation of violating Section 2(a). Very little was discussed in regards to the process of an appeal, how no one has ever successfully overcoming an accusation, or the burden it places on petitioners going through the process. 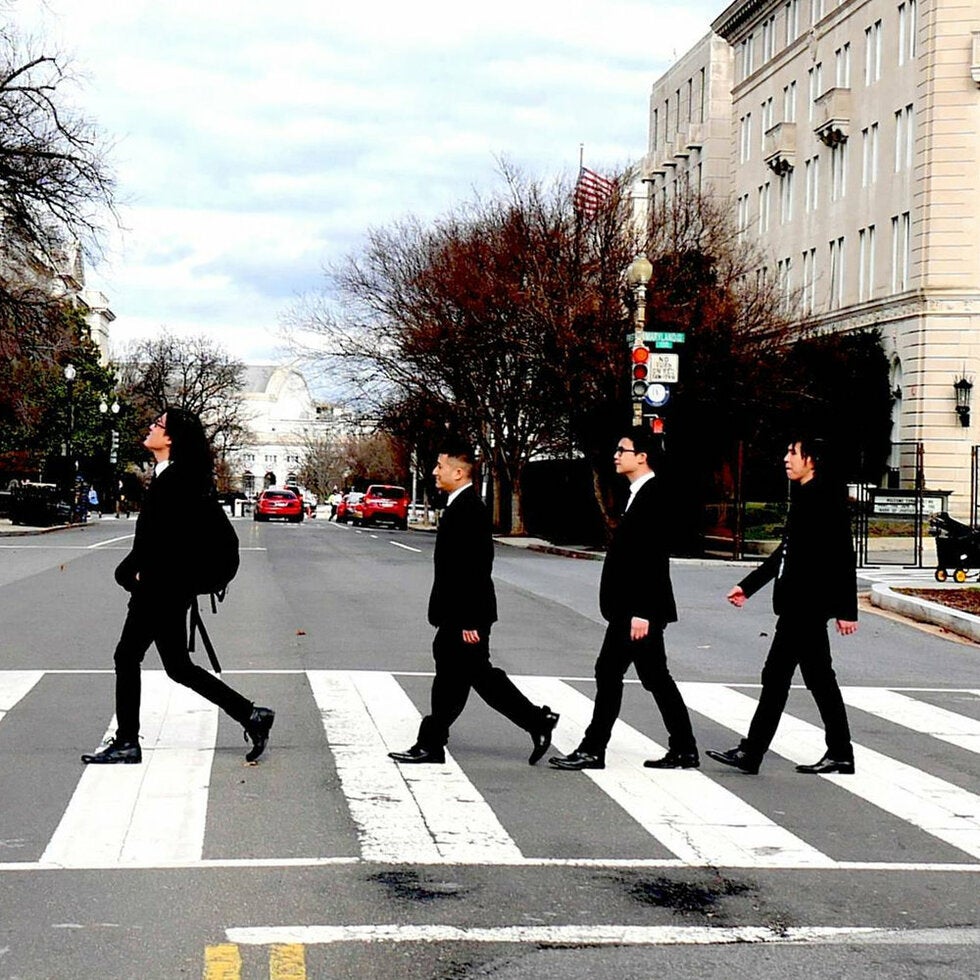 Q: Simon, you've recently been interviewed by NPR, Vice News, and various other media outlets. Is there anything you wish that interviewers had asked, but didn't?

SIMON: All of the interviews seem like a blur at this point; all I can say is that I wished more people did their research in advance. For example, people have been asking the story behind the band's name and why I wanted to start an Asian American band for over ten years now...that story hasn't changed. I suppose the question that I wish interviewers would begin with is, "How are you?" or "How can we help you?"

Q: Regardless of whether you win or lose, what do you hope people watching your case take away from all this?

JOE: From the activism side, I hope people can understand why Simon has put so much time, energy and resources into this fight, and it's not for publicity's sake. He really believes this law has had a negative impact on marginalized communities and his fight is their fight. The band stands behind that as well. Win or lose, I hope this continues the conversation about systemic inequalities in our governing bodies as well as sparking additional discussions on language and race relations. On the music side, I want to make sure people know that we are still a band and we will continue making music and playing shows. Now that the case is coming to an end, we can finally focus on touring and recording our new album.

YUYA: That there needs to be a change in how our government treats people of color, minorities, marganilized groups, and the LGBTQ community. We deserve our rights just like everyone else! We are not second-class citizens!

KEN: My hope is that artists of every color and background really go for what they want to go for. What they need to go for. Even if they feel different maybe that difference is what makes them special. That's what makes us special. I hope this case can empower people and give them confidence to be themselves, and proud of it.

SIMON: I hope people understand that ultimately, our communities deserve the right of self-determination. When we hand that authority to detached government entities, they inevitably get it wrong. The result is further denigration of our communities, despite positive intentions from a program. I hope people begin seeing the difference between equality and equity, and how government plays a major role in that process. 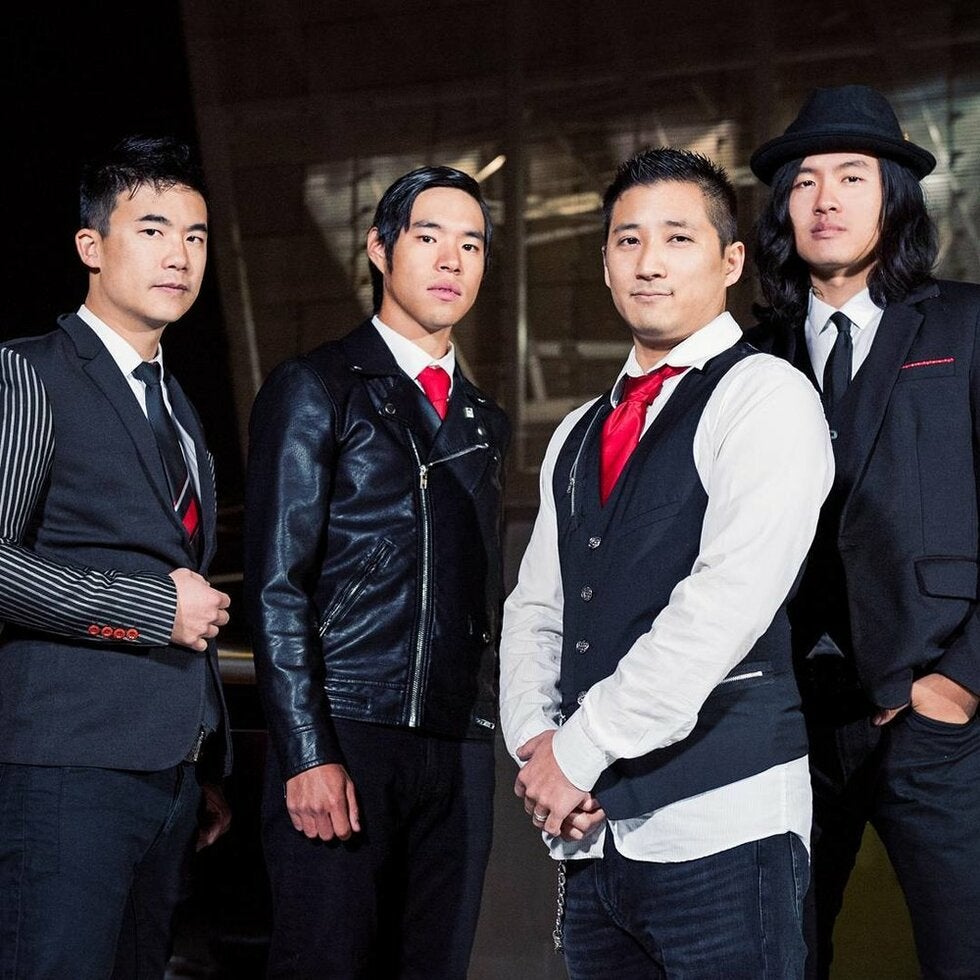 Q: What's the next cause you'll focus on?

JOE: I think each band member have causes they are focused on. I've been doing documentary/art work highlighting gentrification in Portland. As band, I think music is and should be our main goal for the foreseeable future.

YUYA: We'll continue educating people about Asian cultures through our music and activism, and hopefully help change policies that impact the Asian American and Pacific Islander community, minorities communities, people of color, and LGBTQ communities on a local and national level.

KEN: We will be actively fighting racism and bullying. The ActToChange campaign has instilled a fire in us to continue on the path we are on. And of course if there is something we believe in and something needs to be said or done, we won't remain silent!

SIMON: When not working on this case, I've been working on racial justice initiatives for the city of Portland, a broad set of legislative priorities at the state level through the Coalition of Communities of Color, overseeing a neighborhood prosperity initiative (the Jade District), and advocating for immigrant rights through various members of the Our Oregon coalition. I also work on environmental policy, education equity, and diversity and inclusion initiatives for several organizations. Furthermore, I'm working on health equity—that's one of the reasons why we donate 100% of the profits from our second album to supporting research to address the disparities in cancer rights among Asian American women.

Thank you Joe, Yuya, Ken, and Simon! We wish you the best of luck with the Supreme Court's upcoming decision, as well as in your social and environmental justice activism.